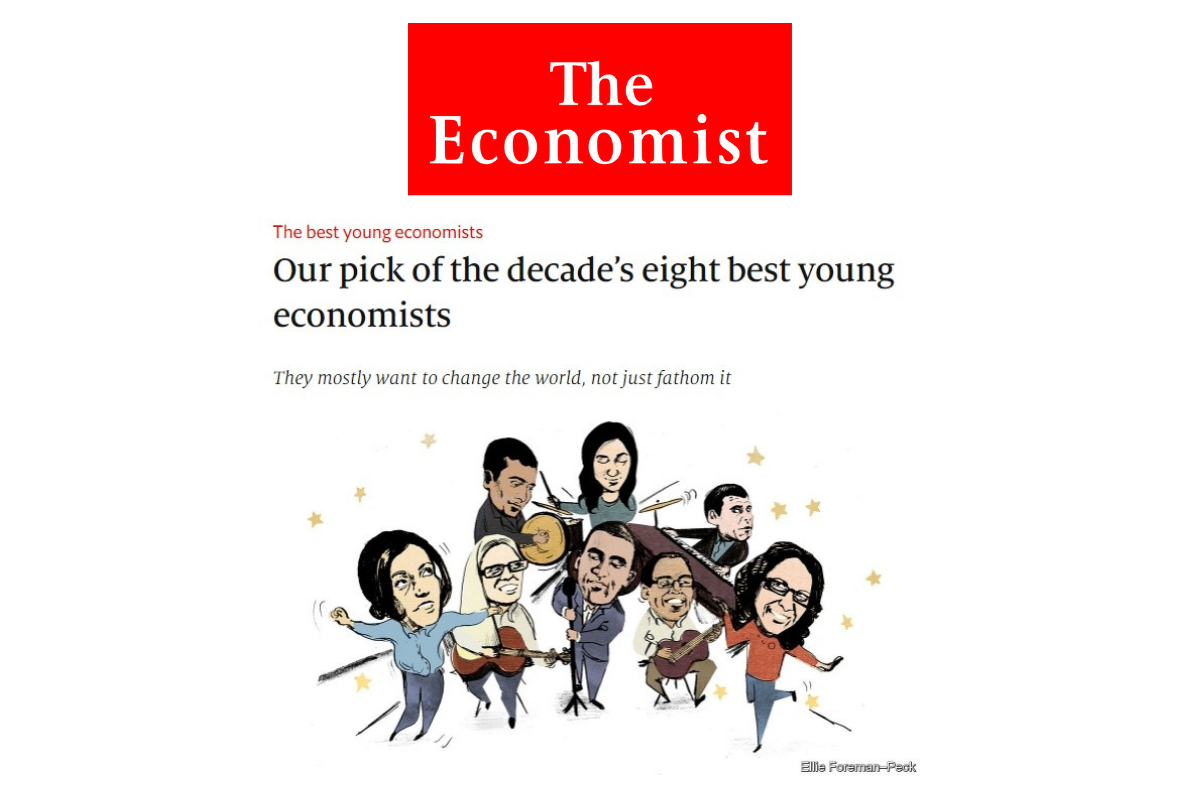 Nathaniel Hendren has been named one of “Eight Best Young Economists of the Decade” by The Economist.  He joins a short list of 32 scholars — including Raj Chetty in 2008 — in receiving the honor, which is only awarded once a decade since 1988.

In the announcement recognizing Hendren, the editors cited his work’s timeliness and noted how a study on the market’s failures to provide health insurance dovetailed with the Affordable Care Act debate as well as more recent research that shone a spotlight on the American racial divide in upward mobility.

“The son of a black millionaire, he has found, has a 2-3% chance of being in prison,” The Economist’s editors wrote. “Among white men only those with parents earning $35,000 or less have odds of incarceration that high. Black disadvantage is not confined to bad neighbourhoods. Mr. Hendren and his co-authors have discovered that black boys have lower rates of upward mobility than white boys in 99% of America’s localities….This research with Mr Chetty should inform a broad swathe of thinking about race in America.”

Other economists recognized with Hendren include:

Please join us in congratulating Dr. Hendren in this recognition!